If you have never been invited to one of our birthday parties, I beg you won't be offended. And if you have been, but aren't regularly asked, again, it's not you... it's us!

When we celebrate with Tim's side of the family, it is automatically 26 people. TWENTY-SIX people!!! And 13 of them are seven and under. Gah! That's a lot of people, and depending upon our location, we often don't have room for much more!

I've mentioned before that I come from a pretty quiet and sedate family, so it's always an adventure to have all of us together. The evening usually starts out relatively quiet, but once you add in all the little kids, cake, ice cream, and toys- you have a recipe for chaos, that at times spirals into madness! Ha! The kids love seeing all their cousins and it is fun to hear all the squealing and playing as they chase each other around the house. I love moments like that. I know one day they won't all be running around. They will be sitting on their phones, or rolling their eyes at us 'older' people as we recount the glory days (i.e.- before they were born!) 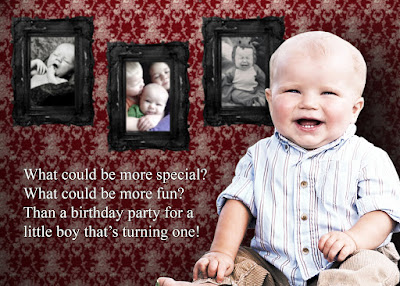 My mother in law made this wonderful cake for my little guy! What a cute idea! 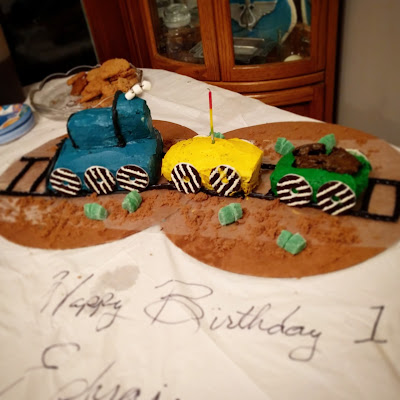 Baby E hasn't really had much sugar in his short little life. He doesn't get much fruit, as we stick mostly to vegetables for him. The sweetest treat he has had in our house is Nilla Wafers. I was curious to see how he would react to his first experience with frosting. When we put the cake in front of him he just poked at it for a few minutes. I put a little on my finger and touched it to his lips. At that point he understood that it was food and he stuck his own fingers in his mouth. He immediately glanced over to Tim and gave him a huge smile... Then he looked at me and grinned. The cake didn't stand a chance after that.

He spent the next half hour eating cake and smearing frosting everywhere. He was one happy kid.

Ten minutes after that he went into a sugar coma. He got a glazed over look in his eyes and started staring into space. The rest of the evening he was in a sugar-induced netherworld. When we finally put him in his carseat at the end of the evening, he promptly fell asleep.

Welcome to the world of sugar, kid. 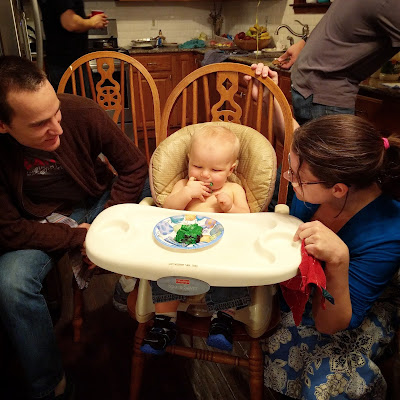 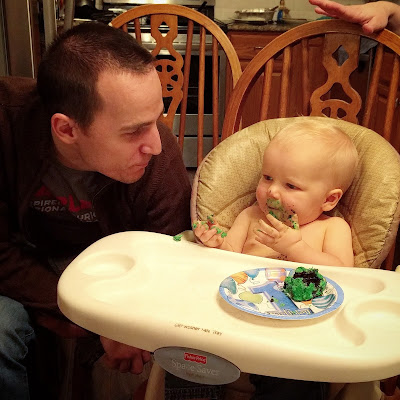 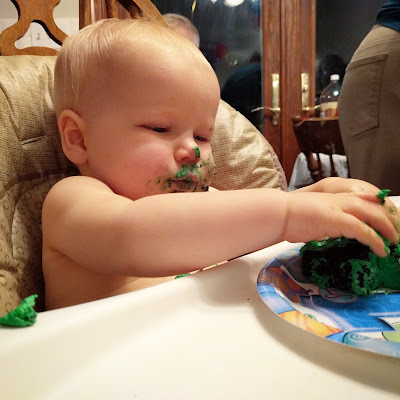 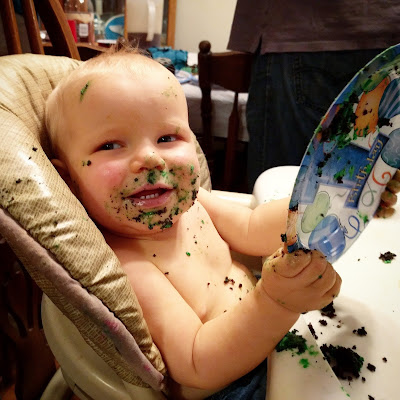 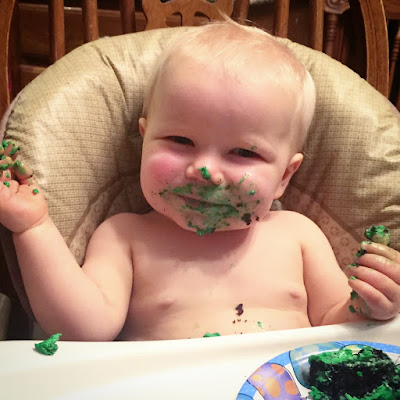 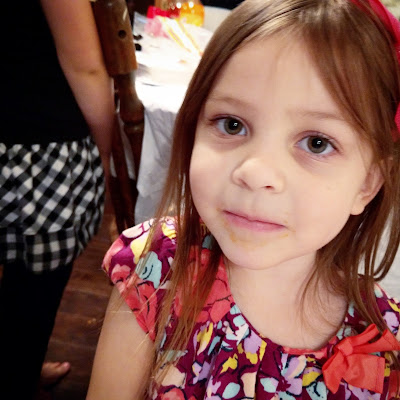 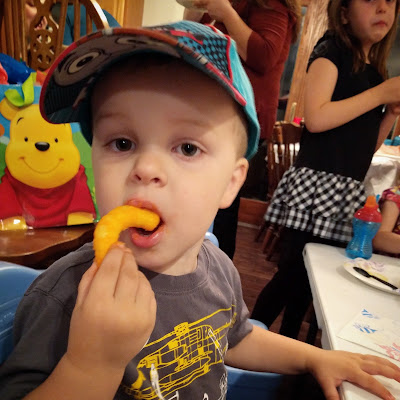 Posted by Joanna at 6:18 PM No comments: