How do you bring in the New Year with the flu and a sick baby? Binge watching Netflix, of course. I stumbled upon Grand Hotel a few days ago. It's a Spanish series set in 1905. The thing about watching a Spanish series when you don't actually speak Spanish is that you can't look way because you will miss the subtitles and have no idea what is going on! 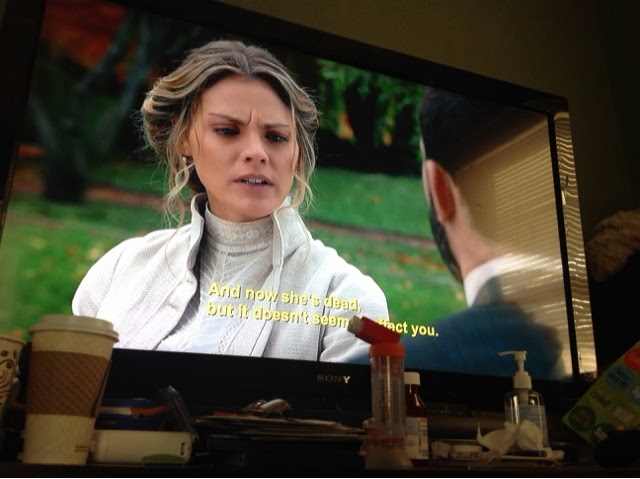 Fortunately I had nowhere to go today, so I basically just stared at the screen all day. A few days ago I got a slight fever. Since my daughter had the flu during Christmas I was pretty sure that's where it was heading for me. My mom offered to come and pick up the two older kids so I wouldn't have to keep up with them AND a sick baby while feeling awful myself. I'm so glad she did cause my temp hit 103.5 last night so I wasn't in good shape. My mom called to let me know Eli was throwing up at her house. And poor T had the stomach bug the night before. As you can tell, our house has been fun the past few weeks!
On Sunday, little baby E was diagnosed with RSV. It's been a rough ride making sure the coughing hasn't overtaken him. On top of that, he had the stomach bug too. Poor little fellow has had a rough week. Today was the first day that he had quite a few alert spells since he got sick. It was nice to hear him cooing again! Today he turned 8 weeks old. Wow, that happened fast! 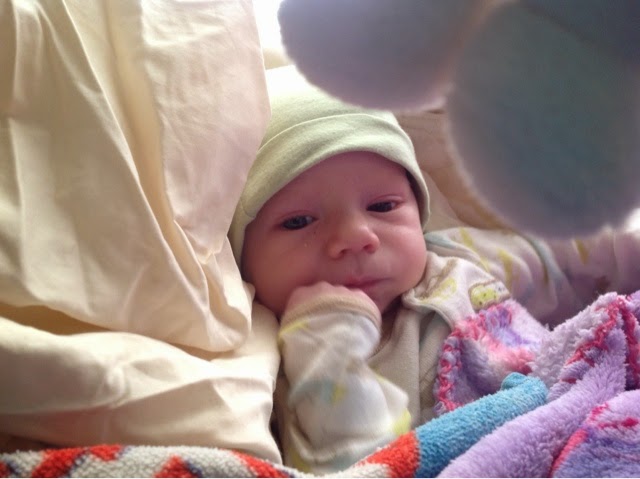 Posted by Joanna at 9:21 PM No comments: