That was the nurses description of Baby E's head at his one year check up this morning. After measuring in the 10th percentile for height and 25th for weight, Baby E came in at over 49 cm for head circumference. On the chart that they track him on, the dot was a good half inch above the top line.

The doctor again reassured me that he is perfectly healthy and has no concerns. He noted Baby E's orange coloring and attributed it to his diet (the same was true for C at that age.) Baby E certainly likes his veggies... And any other food he can get his hands on.

The doctor laughed because the nurse had warned him that Baby E was very orange and when he asked her if his eyes looked normal she said she couldn't tell because he was smiling so much and his eyes were too scrunched up. Ha!

He wasn't concerned about the recent rash that he had. He says it is likely a food intolerance but not an allergy. So I should try to narrow it down, but I don't need to worry about it.

He got some shots, which Baby E did not approve of, but he handled it pretty well.

It was a good visit, and he goes back in three more months.

I've noted before that I like to take a picture of them with their stats when we are at the doctor's office. This gets so much harder to do as they get older! Just stay still! 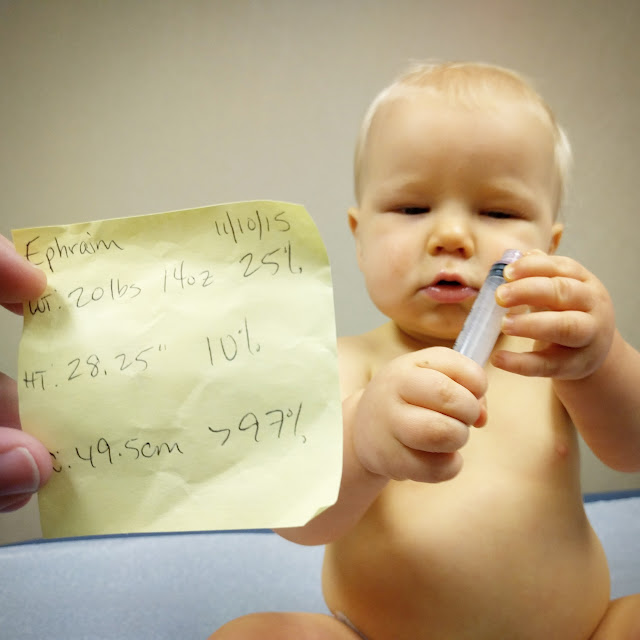 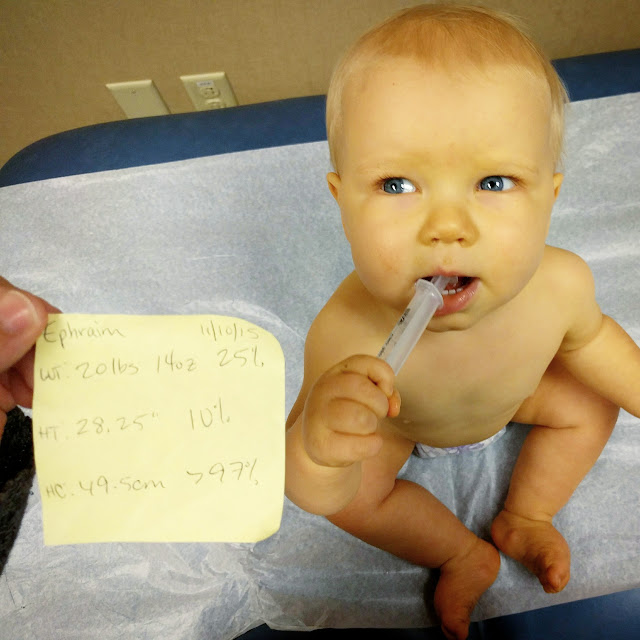 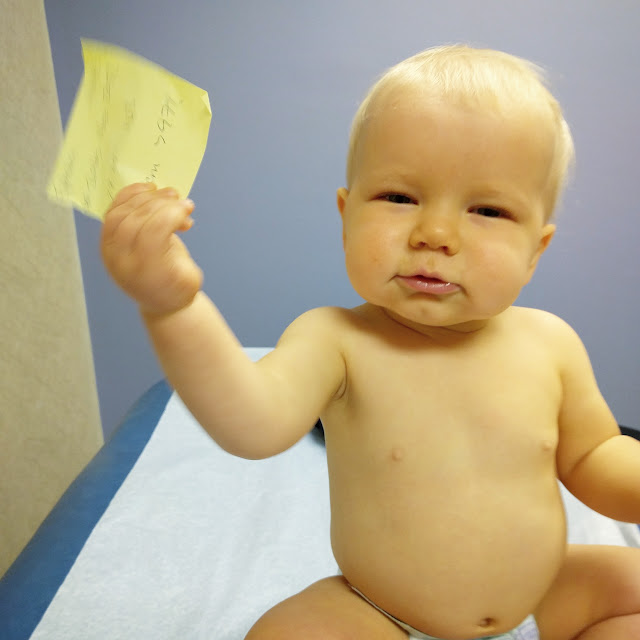 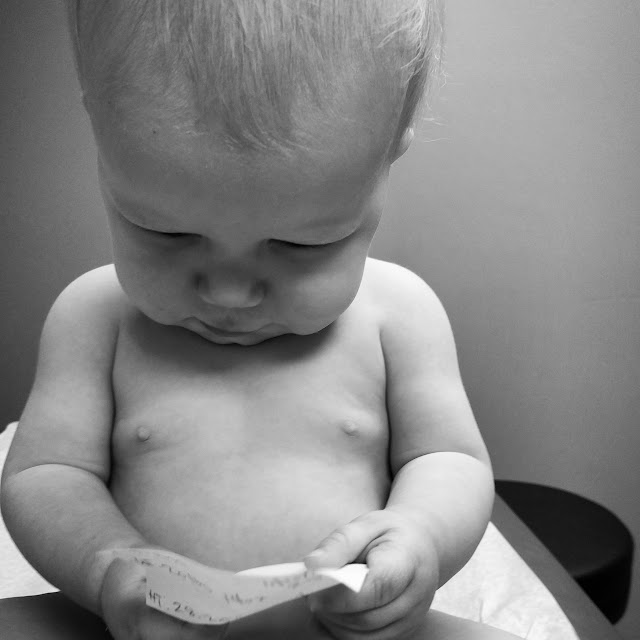 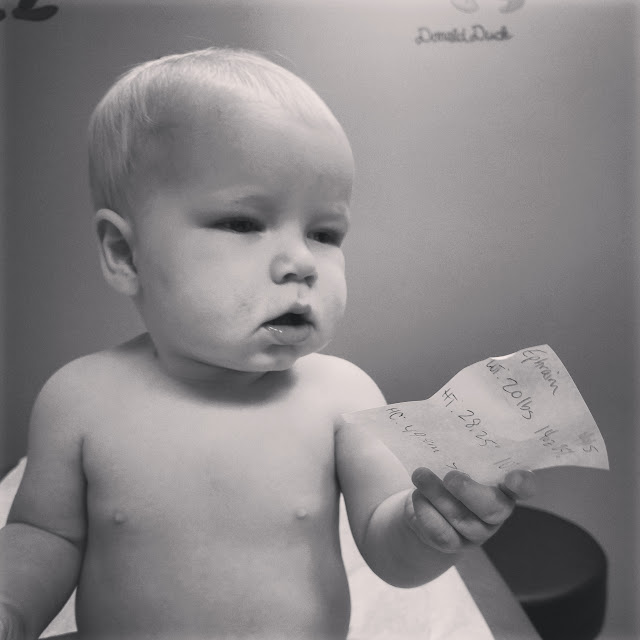 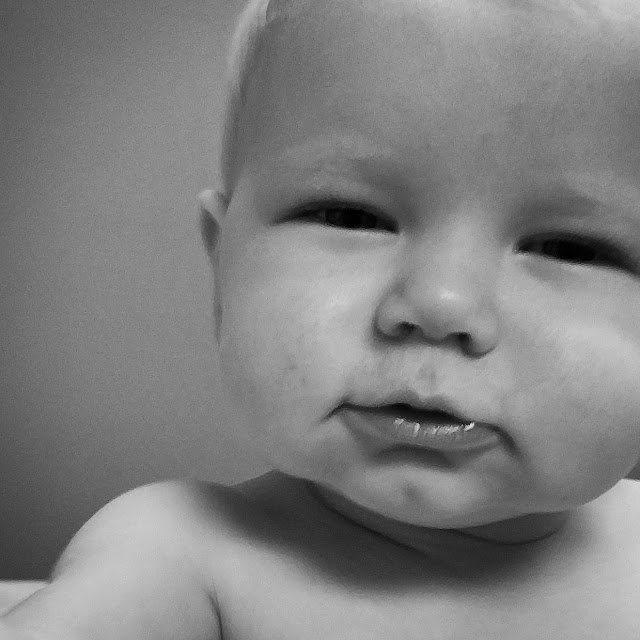 Posted by Joanna at 9:00 PM No comments: