For his birthday, Grandma and Grandpa P took Big E and his cousin Gabe out for dinner and present shopping. C and her cousin Adie went a long too. They must have had a blast because they came home jabbering up a storm. Big E was thrilled with his new toy... 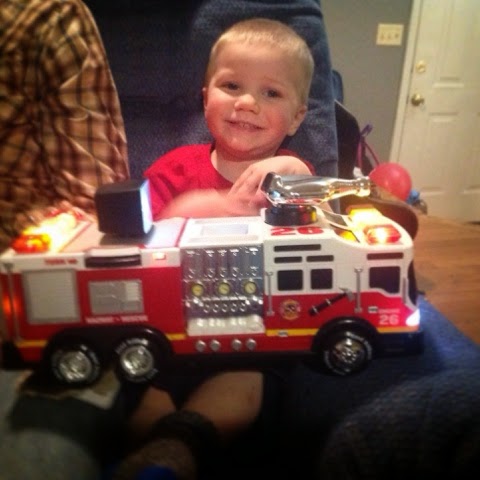 It lights up, moves on its own and makes lots of noises (and mercifully has a mute button.) What a happy kid! Thanks Grandma and Grandpa!!!
Today, at long last, I finally purchased the bedding for the nursery. I had been holding out until the huge Wee-Sale in Annapolis so I would not have to pay full price for it. Within minutes I found the perfect one! 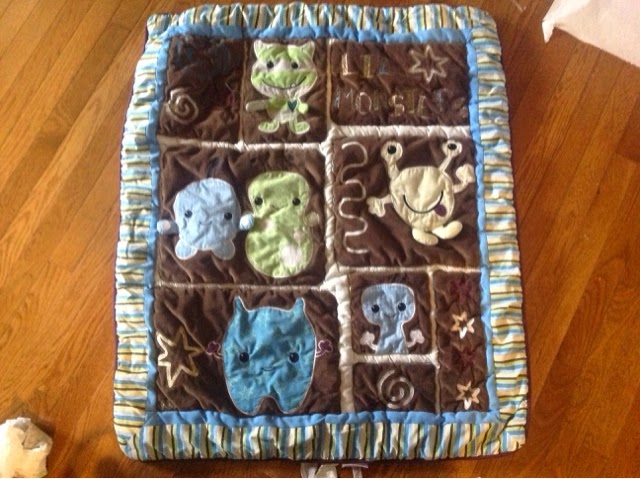 It came with a lamp, too! 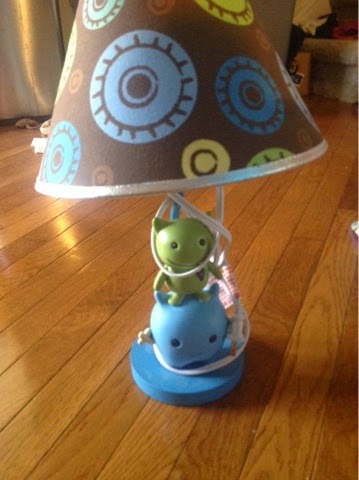 And some wall decorations! 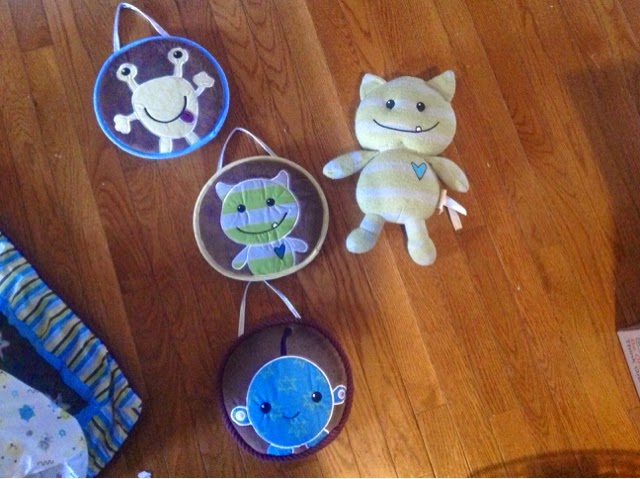 Now if we can find the screws to the crib, we will really be in business!
C drew a picture of Baby E in the bear suit. 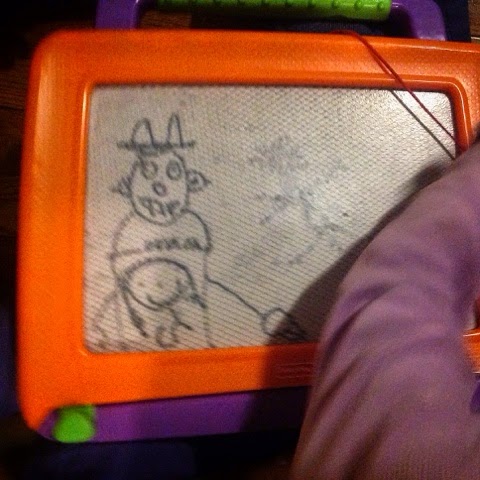 This evening, after I put Big E in his new Superman PJ's he told me that real superheroes don't cuddle, but that he was a big boy now and he was wearing Superman pajamas and that meant that he was a superhero and that he was going to cuddle with me. Such a sweet little fellow.
C just chilling with her baby. 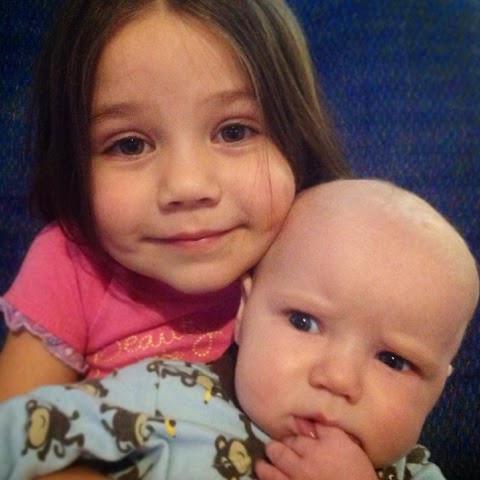