When Tim and I went on our date last weekend we stopped at Target in hopes of picking up a Christmas tree. Apparently the first weekend in December is already too late for such an endeavor, as they were out of pretty much everything. Sigh...

But to my delight, my mother in law offered to bring over a tree she wasn't using this year. So yesterday she dropped it off. I started assembling it but had to give up due to my short stature ;) and Tim finished it when he got home.

It's pretty large. Nine feet tall to be exact! Good thing we have ten foot ceilings in the kitchen. I still have to clean out the tree corner and then scooch that puppy over there, but for now it is just dominating my kitchen. Ha!

The kids think it is pretty awesome, so that's good. I need to track down my ornaments and bulbs and probably pick up a few more!!

Hopefully it will be all decorated by the end of the weekend! *fingers crossed* 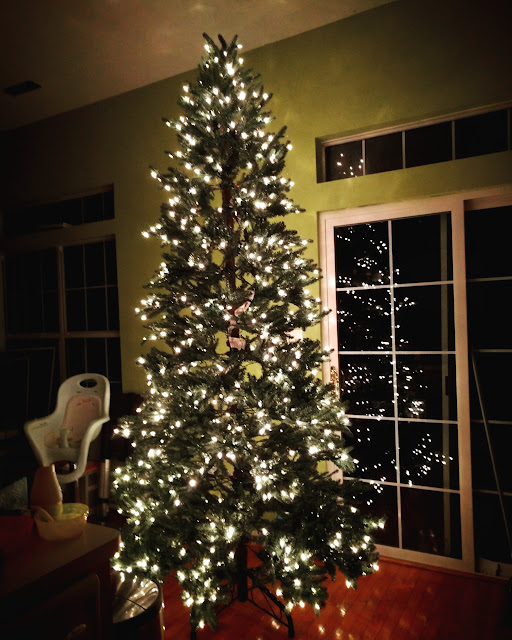 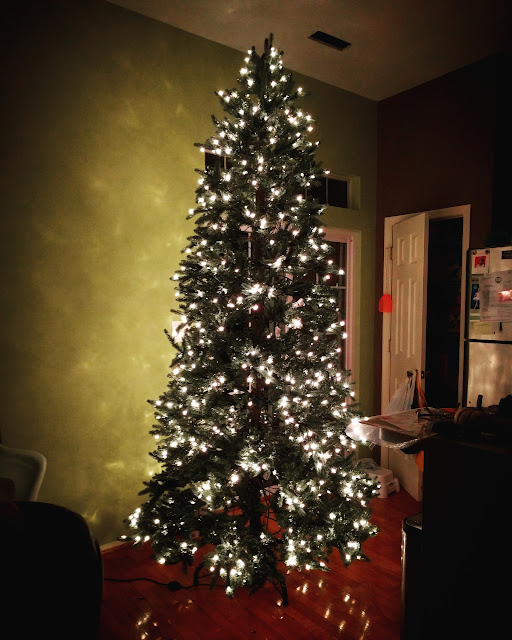 Posted by Joanna at 7:58 PM No comments: