On this night a year ago, the older kids were with their grandparents and Tim and I sat in the living room of the farm house in the quiet. It had taken us more than a year to get pregnant, and while that doesn't sounds like too long, each passing month had been heartbreaking. Two of my sisters in law had had babies during the time we were trying. It seemed everyone around me was pregnant and I kept telling myself I should just be grateful that I had two kids already. It seemed selfish to want more. But I wanted one so bad. I even talked Tim into buying a minivan long before our family actually needed one.

During that year things had been tough. Beyond not getting pregnant we were dealing with other difficulties. Life in the farmhouse was glorified camping at times, we were stretched financially, and we were exhausted.

Ephraim was a name that I loved from the moment I first read it years ago. As we mulled over the name I went back to its origin. It first shows up in Genesis. Joseph, having been sold into slavery in Egypt eventually found his way to one of the highest positions in the land. He had two sons, the first named Manasseh and the second Ephraim. When he named Ephraim he thanked God saying, "It is because God had made me fruitful in the land of my suffering." I know it sounds overdramatic but God had just brought us through the most difficult year of our marriage, physically and emotionally, and now we were being blessed with a son. This name seemed fitting.

That night I was nervous. With a scheduled C section in the morning, I didn't sleep much. I had had two before but they had been emergencies so the idea that I was actually scheduled for one in the morning was an odd sensation.

We talked about what to expect the next day, how our family dynamic would change. But mostly we just enjoyed each other's company. In less than twelve hours we would be holding our new little guy and our lives would forever be changed. 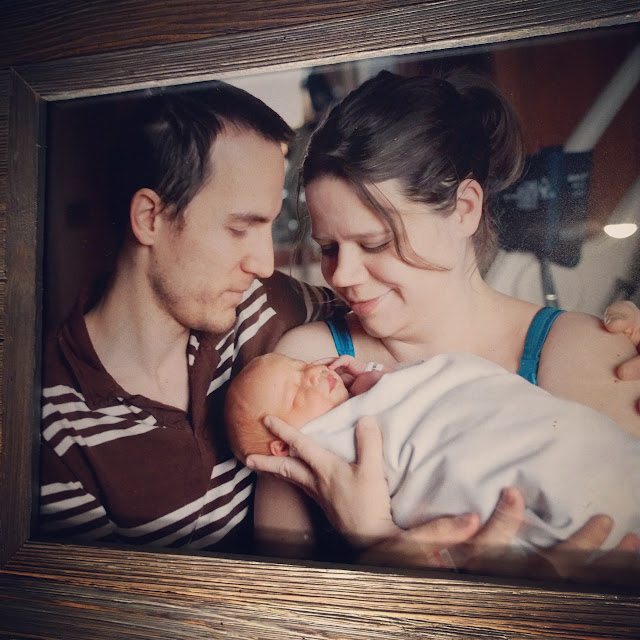 Posted by Joanna at 8:38 PM No comments: