This evening a pretty impressive storm came through. The sky turned dark and green. The winds bent the trees and the rain blew sideways. 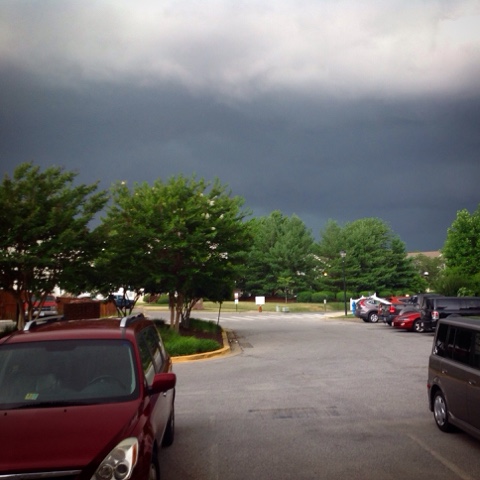 As a child I grew up in an old farmhouse with a traditional front porch. During summer thunderstorms, we would sit on the front porch and watch the storms roll in. We would linger outside as long as we could until a loud clap of thunder or a close up flash of lightning would send us piling inside. Then we would watch from the windows waiting to see which tree limbs would break off the nearby trees. If it was particularly bad, my mother would encourage us to stay near the basement door just in case. The basement was only ventured into when you were feeling particularly brave. It was dark, musty, with a concrete floor. It was lit by bare bulbs and filled with spider cricket jumpy things and cobwebs. An occasional snake would find its way in, evidenced by the snake skins we would find in the shadows. My mother kept her canned vegetables from the garden down there, and when we were sent to get a jar of beans or corn we ran as fast as we could, praying nothing would jump out from a corner. Really, that basement was the place of campfire stories!
But I digress. This evening, while the winds raged outside and the rain beat against the windows, searching for an entrance inside, we curled up in the living room to wait it out. And what better way than to color? 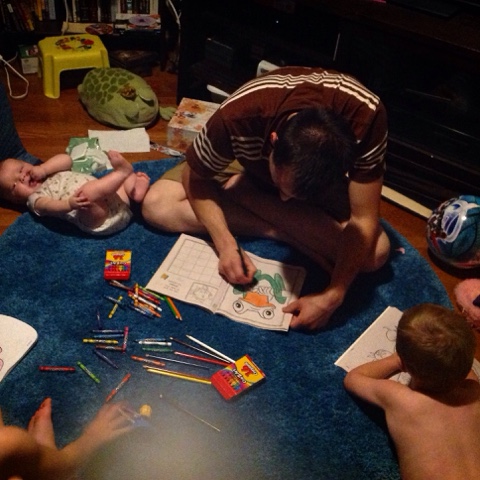 As the storm eased, the sky brightened. It's a strange phenomenon when the sky darkens for a storm and then brightens as it passes, only to darken once more with night. 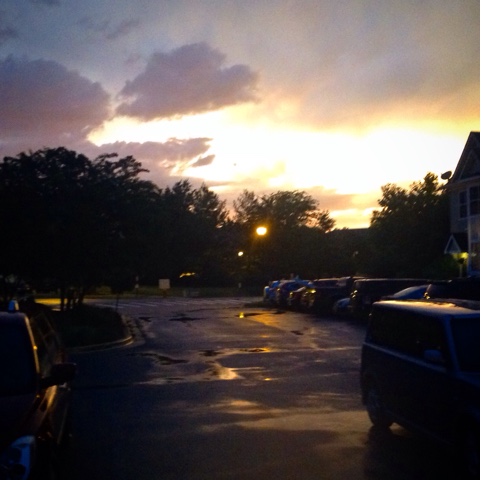 Thankfully the storm brought cooler temperatures. Hopefully the reprieve from this heat will last for a few days!
Posted by Joanna at 9:58 PM No comments: